Widgets are static content nodes containing source code which is transformed into a part of a page on import of a Widget.

There are local and remote widgets, the latter are served from a central Widget server, the former are only available on your local instance.

When dragging a Widget into a page, a new set of DOM elements is created as child nodes of the node the Widget was dropped onto, including metadata defined in the Widget source like data binding and queries. The textual information contained in the Widget is transformed into database elements (nodes, relationships and properties) as well.

Once created, the new DOM elements have no connection to the Widget they originated from. Later changes made to the Widget code don’t effect on the page’s elements. Widgets in Structr are more or less containers to exchange reusable code between Structr instances. 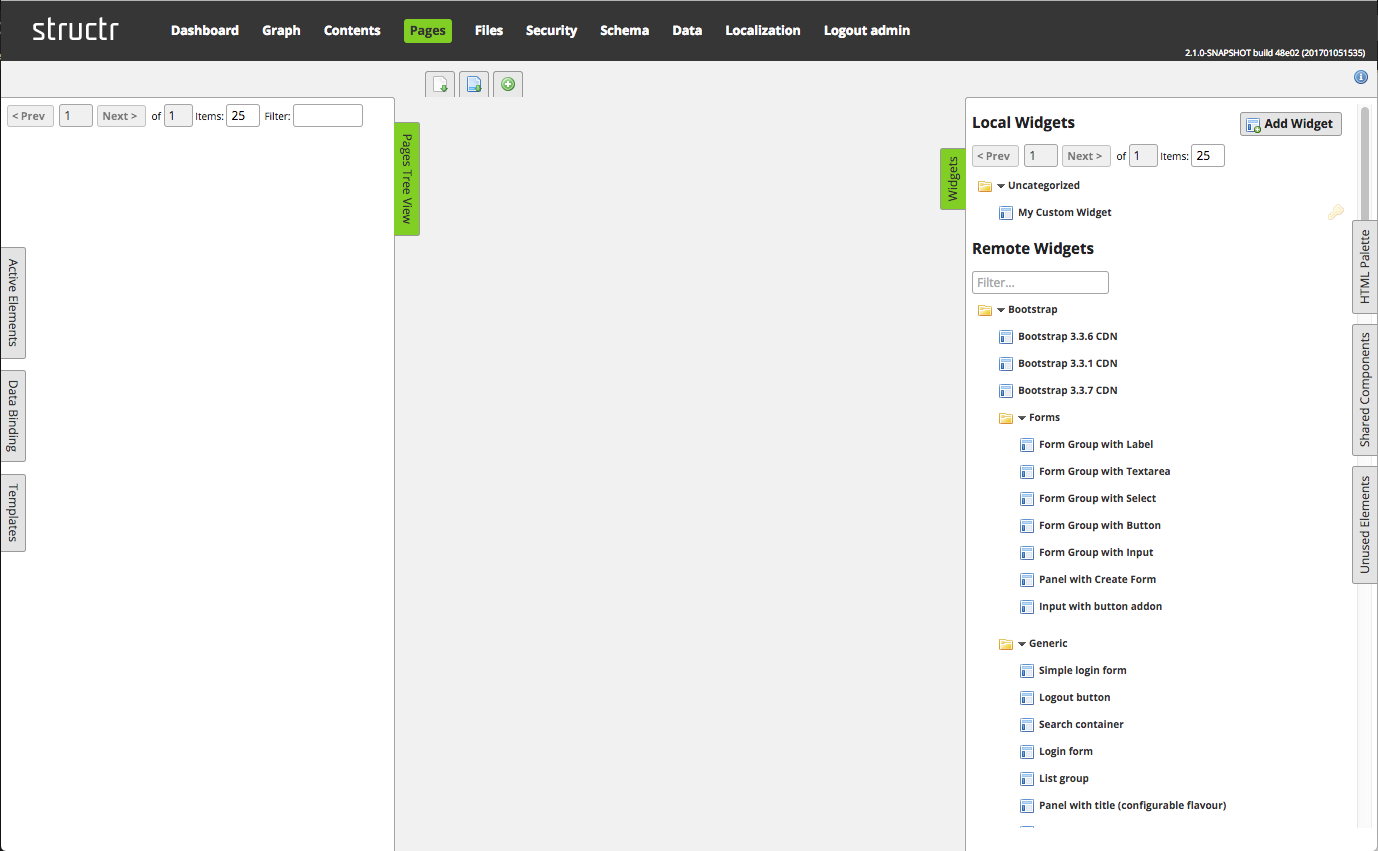